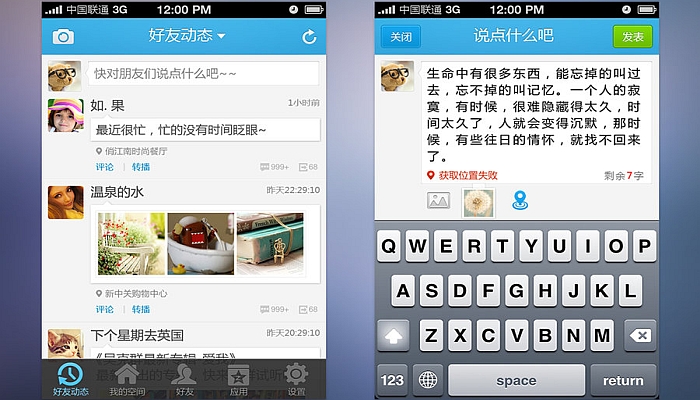 In 2005, the social media industry witnessed the birth of one of the most popular social media platforms, which belongs to the extremely popular Chinese corporation, Tencent, and that is the Qzone platform. And over its 13 years of functionality, Qzone has managed not only to create a huge users base but it also became one of the toughest challengers in the social media market as it poses great threats to the most notorious and established platforms such as Facebook and Twitter.

The first element that makes Qzone app to a great number of users is that it always tries to personalize the user’s experiences; so whether the user creates new blogs, shares photos, watches video clips or even writes his daily diaries, there’s always an element of personalization the user can put to use in order to create his own preferred online aura.

However, it’s reported that Qzone doesn’t want to slow down nor settle with its base of users of nearly 650 million people; thus Qzone initiated some plans to reach out to more users outside of the domestic market of China to the foreign markets.

My name is Mary Anne and i'm Super Fan of Qzone Network. Follow me!

This website uses cookies to improve your experience while you navigate through the website. Out of these, the cookies that are categorized as necessary are stored on your browser as they are essential for the working of basic functionalities of the website. We also use third-party cookies that help us analyze and understand how you use this website. These cookies will be stored in your browser only with your consent. You also have the option to opt-out of these cookies. But opting out of some of these cookies may affect your browsing experience.
Necessary Always Enabled
Necessary cookies are absolutely essential for the website to function properly. This category only includes cookies that ensures basic functionalities and security features of the website. These cookies do not store any personal information.
Non-necessary
Any cookies that may not be particularly necessary for the website to function and is used specifically to collect user personal data via analytics, ads, other embedded contents are termed as non-necessary cookies. It is mandatory to procure user consent prior to running these cookies on your website.
SAVE & ACCEPT
Posting....